What You Need to Know About Light Pollution

The clear night, so distant from any light pollution,
had summoned every star in the sky to shine. ~ Luke Gracias

Up until a few years ago, when I first interviewed Kevin “The Dark Ranger” Poe, I had never heard of light pollution, and had never contemplated the devastating impact of artificial light on wildlife. Since then, I’ve been looking up at the night sky more. Aware that I’m missing a great deal of it because of our excessive suburban lighting.

We recently moved to a more rural area. Our new home, a gorgeously renovated house built in 1815, sits on a private dead end road and has a lot of property including an active stream, a pond and a private lake! Yes, I’m spoiled, but it’s been a long road getting here, just sayin’.

Having survived another harrowing move and settled in enough to collapse on our barely made beds, Gracie the wonder dog, being a bit out of sorts from all the moving, started barking like an alarm around 3am. We went downstairs and turned on outside lights and couldn’t see what could be upsetting her, although we assumed it was our rumored resident bear. I decided I would wander out to our private porch off the master bedroom (again, spoiled), and I looked up and staggered before dropping in the Adirondack chair that was thankfully there. I hadn’t seen that many stars in the sky since I lived in the Berkshire mountains 20 years ago. All I could hear was the stream and the wind and the frogs or toads, which I then realized were the sound making poor Gracie nuts. She didn’t know what they were and had never heard them.

I invited the rest of the household to join me, but they declined and shuffled back to their respective beds. Gracie and I got quiet and I just marveled at this exciting feature of our new country life and I haven’t stopped taking time nearly every night to look up. It doesn’t get old. At least it hasn’t yet.

I was really psyched to catch up with Kevin Poe, aka The Dark Ranger to learn more about light pollution (and I always learn fascinating stuff from this green dude)…

Sometimes terms like sky glow, glare, light trespass, light clutter and over-illumination are used to describe excessive night light’s intrusion on a naturally dark sky. Here’s the International Dark Sky Association’s glossary of relevant terms about light pollution page. Also, if you want to see where light clusters around cities and towns are and what they look like from the sky, here’s a great interactive Google ‘night lights’ map that you can search for your own area and see how it looks from the night sky.

Here are some reasons to be concerned about light pollution

Studies have shown that there is a connection to being exposed to too much artificial light during the night/sleeping hours and certain types of cancers — primarily breast and prostate cancers that are related to hormones. The Dark Ranger explains it perfectly in the episode above, but to paraphrase what he said, it isn’t that light can cause cancer, but that certain types light exposure at night can impact tumors or cancer that is present.

Let’s face it, there is probably a lot of over-illuminating going on, especially here in the US, where we have an obsession with keeping the lights on all night. According to the International Dark Sky Association, we burn up a whopping 22,000 gigawatt-hours of useless light that is pointed up towards the sky! Their math has this at an estimated cost (in terms of money) of $2.2 billion a year. In terms of carbon footprint?

3.6 million tons of coal or 12.9 million barrels of oil is used
to generated this type of lost light 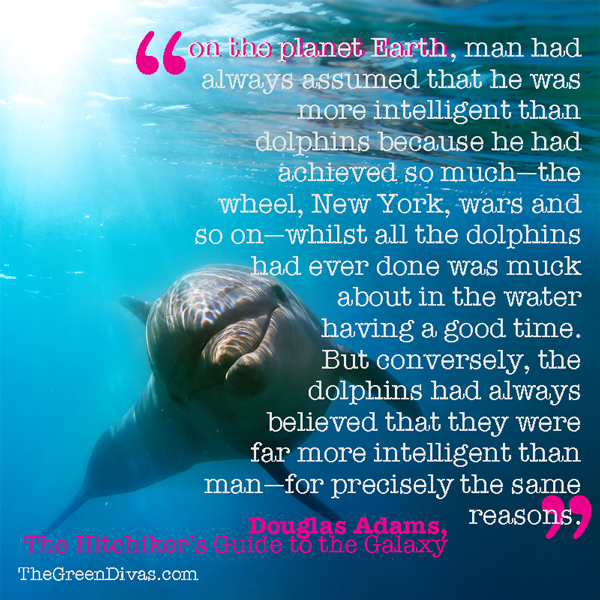 While light pollution can disrupt elements of the ecosystem in subtle ways that may ultimately have lasting effects, it has a definite and negative impact on nocturnal animals. In general all animals (including humans) have a biological code that follows a circadian rhythm, which is just a inherent natural clock.

Mammals: If mammals are exposed to too much artificial light at night, they can experience things like an impairment to their natural night vision, lowered ability to reproduce (threatening propagation of the species), and exposure to predators. Birds are particularly hard hit by light pollution.

Birds: Many species rely on darkness to hunt, and birds can become drawn to an artificial light source like a beam that can results in a number of negative effects. The US Fish and Wildlife Service estimates that the number of birds that die due to attraction to tall towers that are lit at night is 4 to 5 million! Migrating birds can be thrown off course from artificial light at night never to reach their destination.

Reptiles: Sea turtles are a tragic example of how coastal light pollution can harm reptiles. Sea turtle  hatchlings crawl to the ocean instinctively by following the stars and moon, but coastal night lighting can confuse them and cause them to go in the wrong direction and they become exhausted and dehydrated and expire before making it to the ocean.

Insects, amphibians and no doubt plants are also effected and there is a lot of research still taking place to understand the full impact of this type of environmental hazard that has mainly been riding under the radar for a lot of us.

So, here’s what you can do!

Are Log Cabins the Most Environmentally-Friendly Homes?
01/21/2020
Anonymous (not verified) EVOX Television 7 hours 54 min ago
How to keep your #yoga mat clean, and when it's time to replace it. https://t.co/gQpYWtHnAi https://t.co/BJaVZE5frJ